Live Again is a regional band formed three years ago from Central California, based in Oakdale. They’ve performed at a variety of venues from California’s Central Coast to the Sierra Foothills. Live Again are regular performers at The Iron Door in Groveland, Zelda’s in Capitola, Nino’s in Modesto and booked regularly at numerous venues up and down the Central Valley.

In 2015 Live Again won the band category at Valley’s Got Talent at the Gallo Center for the Arts, performing their original song Every Other Time. 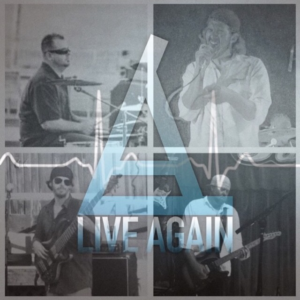 Whether it’s Live Again original compositions or cover songs, lead singer/front man Alex Lucero delivers them all with a hard-edged soulful vocal range from baritone to sweet falsetto that speaks far beyond his 23 years.

Adding to the extensive Live Again set list is bassist Ryan Price, whose exceptional musicianship and versatility in all genres of music lays the foundation for the group’s unmistakable sound.

Check them out and see them live! Visit their website Live Again Band!